LOCATED IN BALONES, PRIVILEGED WATCHTOWER OF THE SETA VALLEY IN THE MOUNTAINS OF ALICANTE

The Seta Valley in the Alicante Mountains owes its name to the River Seta that crosses it from north to south. It is surrounded by the Sierra de Almudaina to the north, the Sierra de Alfaro to the east and the Serrella to the south, being more open to the west.

Its economic system is based on mountain dry farming with olive and almond trees as main crops and also fruit trees such as cherry trees, with protected geographical identification or peach trees. 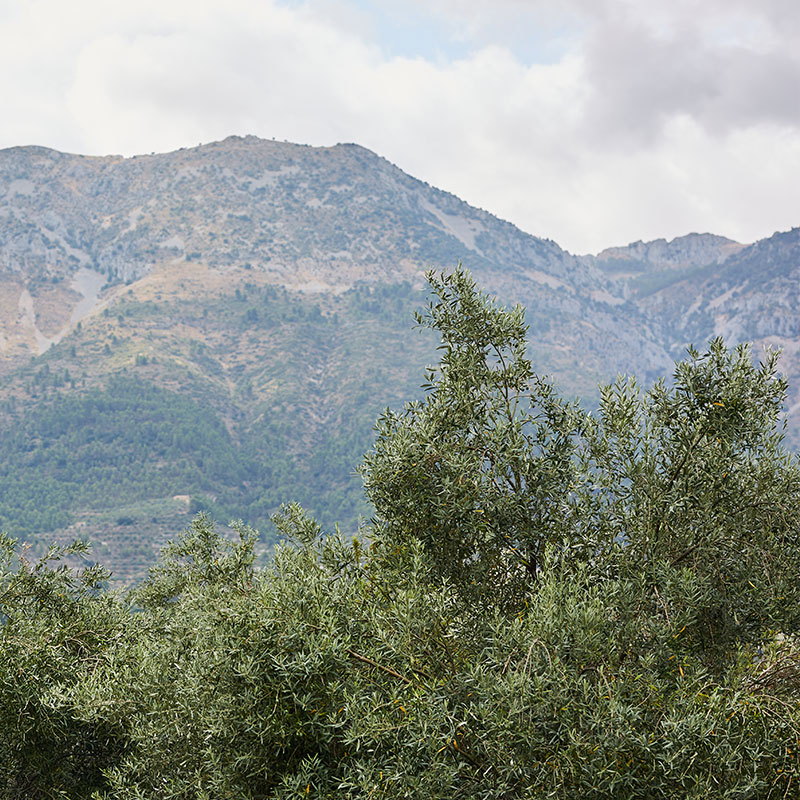 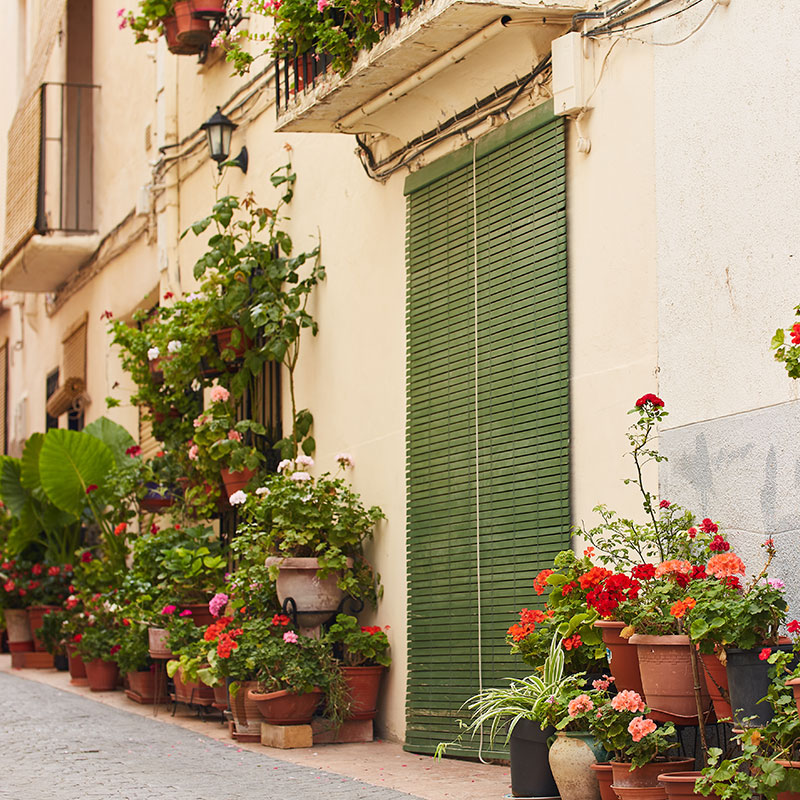 The Castell de la Costurera estate is in the village of Balones, located on the southern slopes of the Sierra de Almudaina.

The altitude between 600 and 800 metres, its proximity to the Mediterranean Sea with a temperate continental climate, a rainfall of around 600mm, the high number of hours of sunshine due to its perfect orientation and the dry farming on dry stone terraces with a predominance of clay soils, mean that its fruit and oils stand out for their excellent quality.

The olive tree is undoubtedly the most deeply rooted crop, as attested to by the large number of thousand-year-old and centenary specimens that can be found throughout the valley. The native Mansçanella and Blanqueta varieties predominate, and to a lesser extent the Alfafara, Beniaiaia, Grossal and Cuquello. Grossal and Cuquello.

Due to these native, the dry farming and the agro-climatic particularities mentioned above, the extra virgin olive oil obtained has unique and differentiated organoleptic characteristics, highlighting its healthy character due to the large amount of polyphenols it contains.

The thousand-year-old olive trees are without doubt the most valuable natural heritage to be found in these lands. They are monumental trees that have survived the passing of the centuries, coexisting with the different cultures that have populated the valleys of the Alicante Mountains. Everyone has eaten their olives, their oil has been used mainly as food, but also to anoint and crown kings, to give light at night, to alleviate ailments, for cures and skin care; their leaves for herbal teas and their firewood for cooking and heating the home. There is no living being that has been caressed by so many hands, nor from which so many benefits can be obtained.

When you know its secrets and stop to contemplate the beauty of its twisted trunks, if you dare to dream, you can transport yourself to other times; imagine the stories that may have happened in its shadow.

What do you think the people who have cared for it would tell you? Imagine what an experience!

You can find out more about which cookies we are using or switch them off in settings.

This website uses cookies so that we can provide you with the best user experience possible. Cookie information is stored in your browser and performs functions such as recognising you when you return to our website and helping our team to understand which sections of the website you find most interesting and useful.

Strictly Necessary Cookie should be enabled at all times so that we can save your preferences for cookie settings.

If you disable this cookie, we will not be able to save your preferences. This means that every time you visit this website you will need to enable or disable cookies again.

This website uses Google Analytics to collect anonymous information such as the number of visitors to the site, and the most popular pages.

Please enable Strictly Necessary Cookies first so that we can save your preferences!